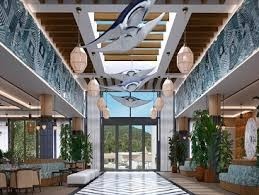 4.00 based on 11 reviews
#5 of 36 hotels The Monarc.ca popularity scale (#1/15) classifies all the hotels of a single destination according to the number of grades received on 5 and the total number of reviews. in Montego Bay
Rated 5 stars
Click here for detailed ratings
Write a review now 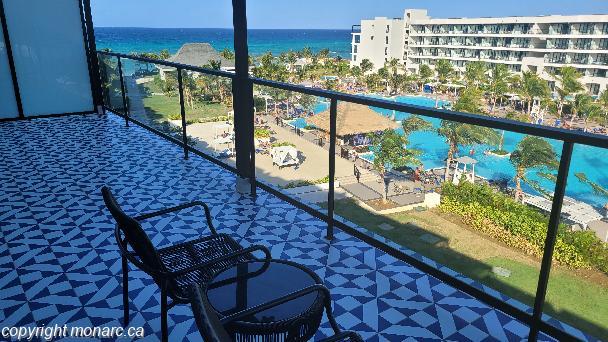 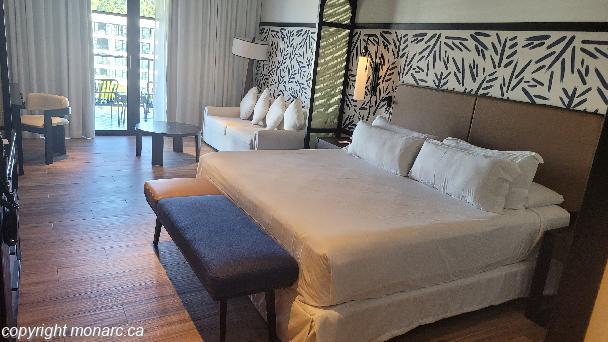 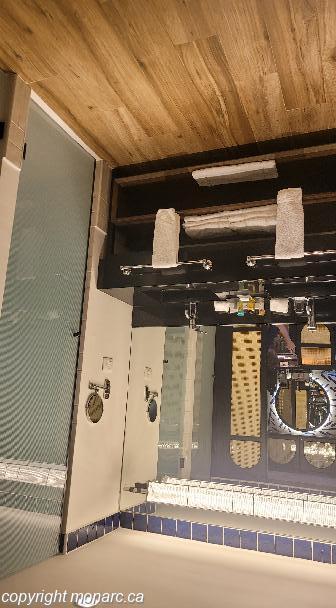 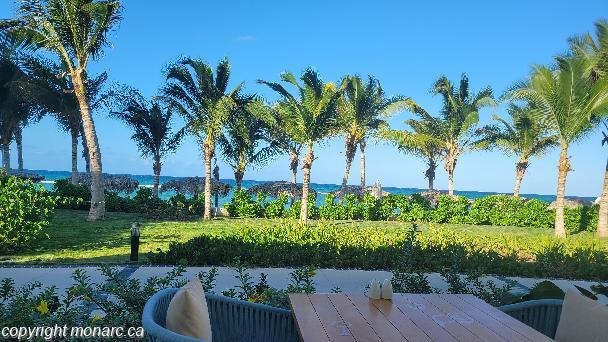 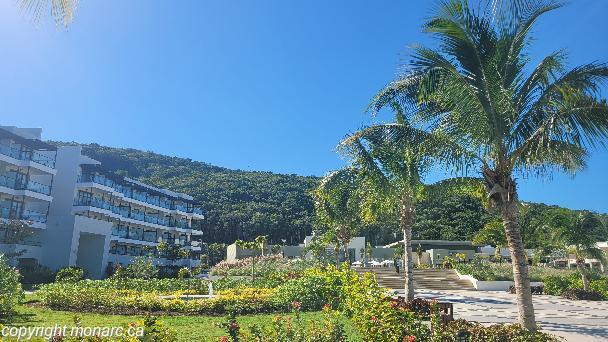 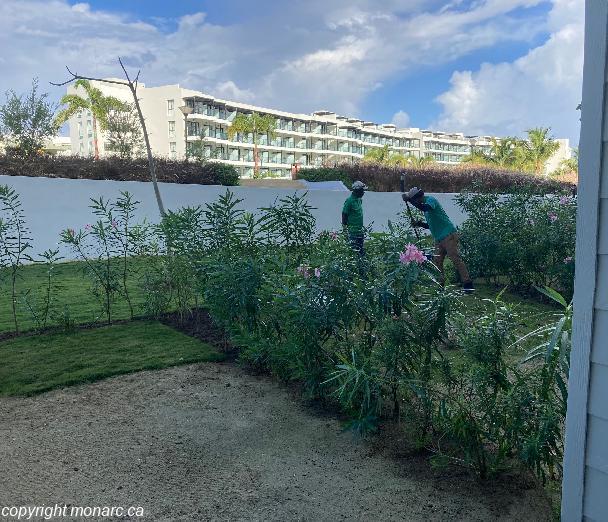 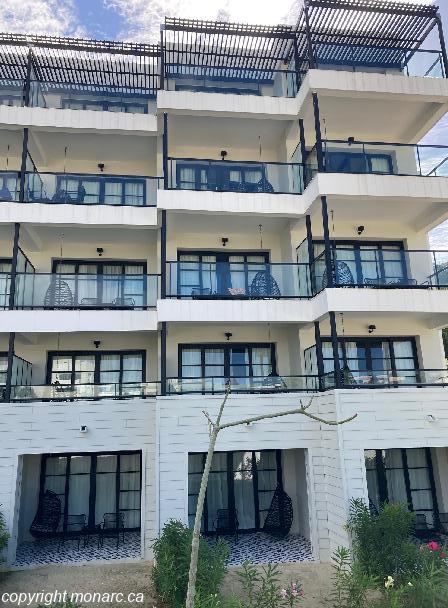 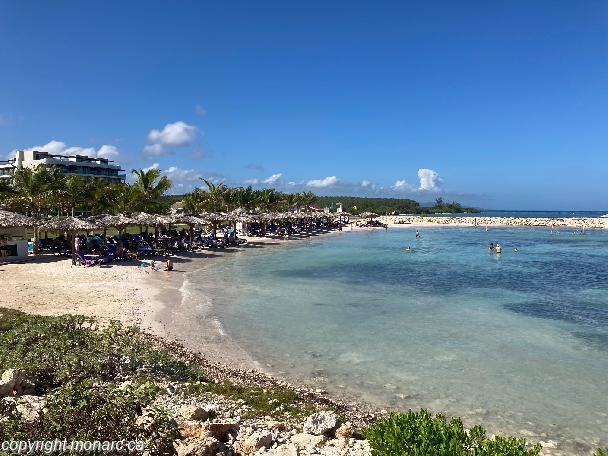 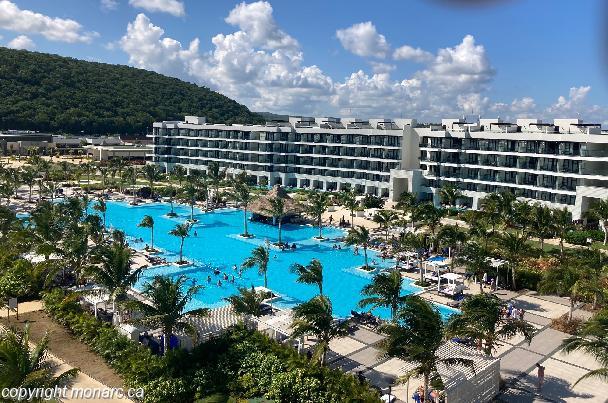 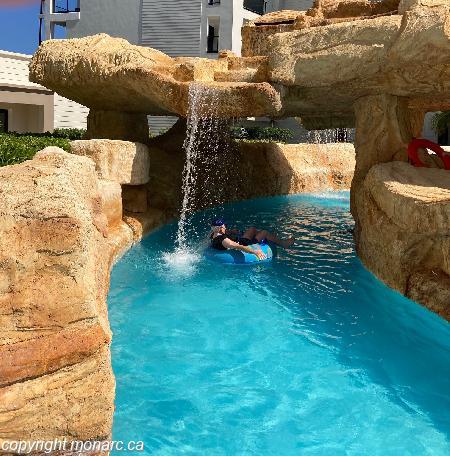 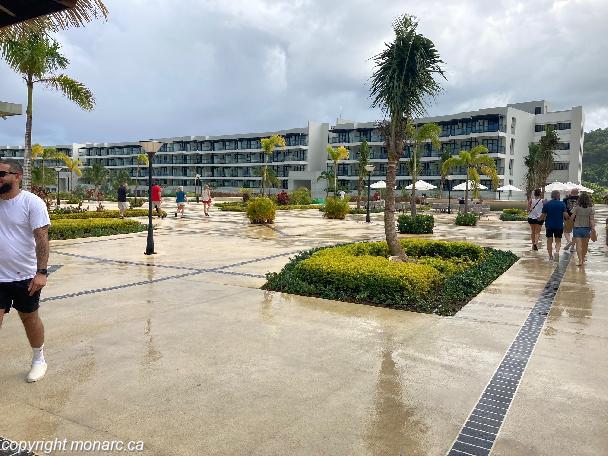 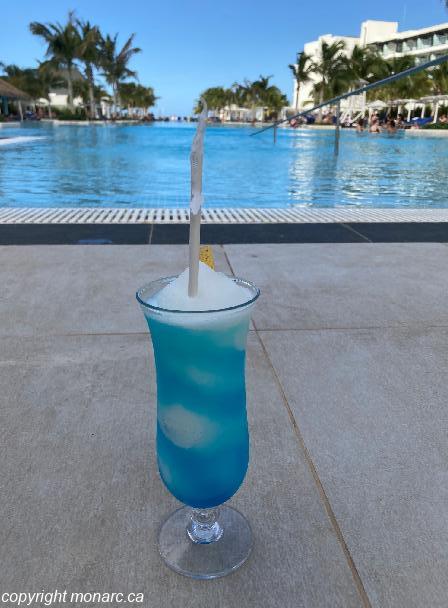 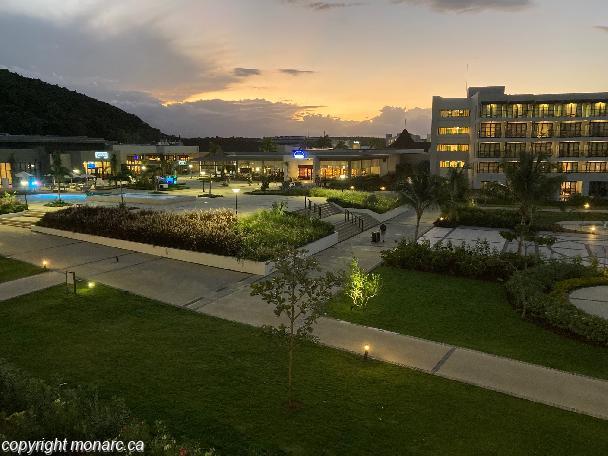 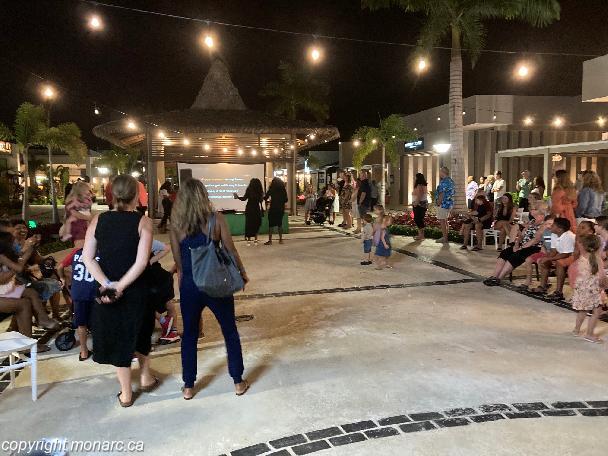 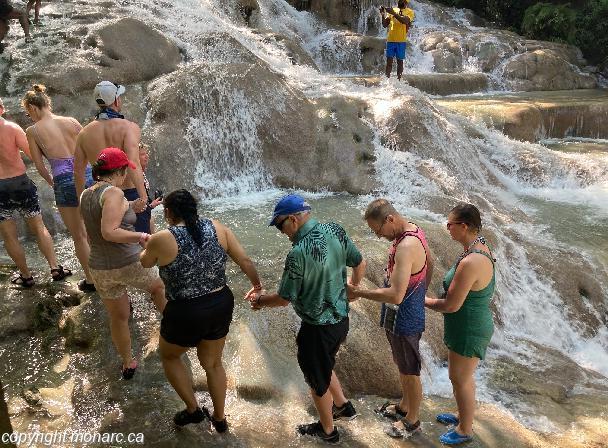 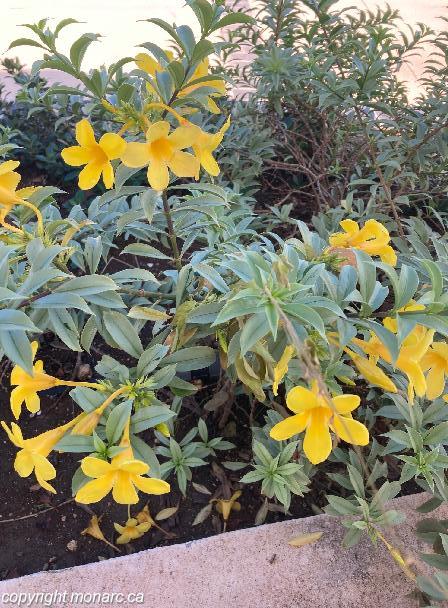 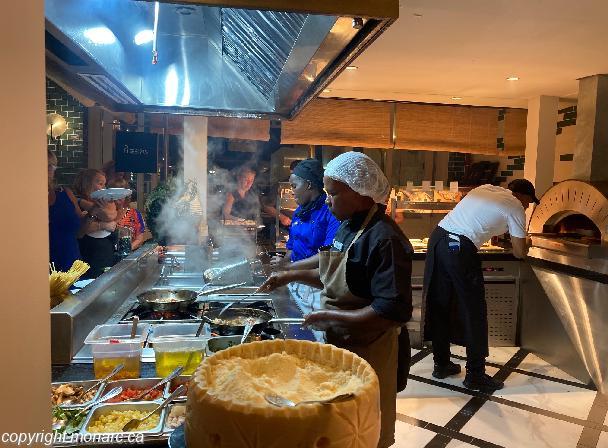 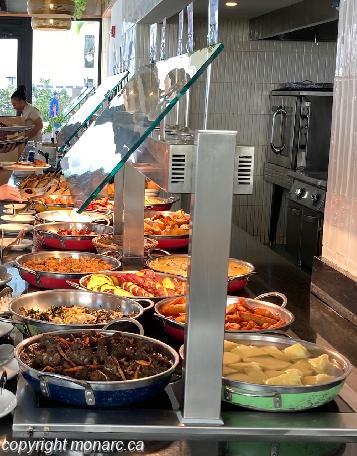 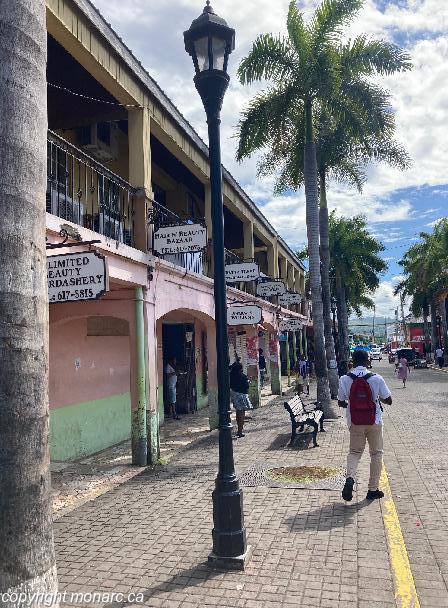 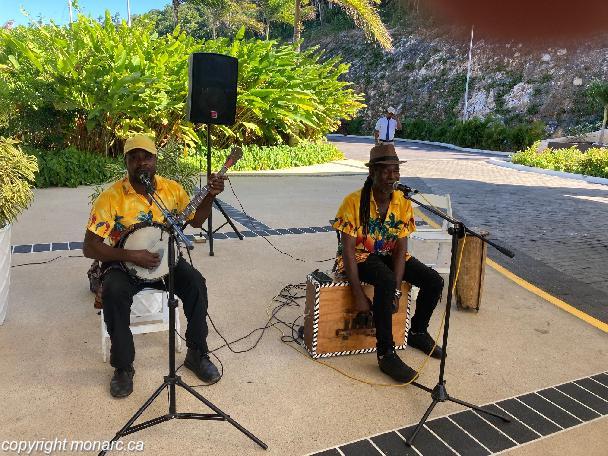 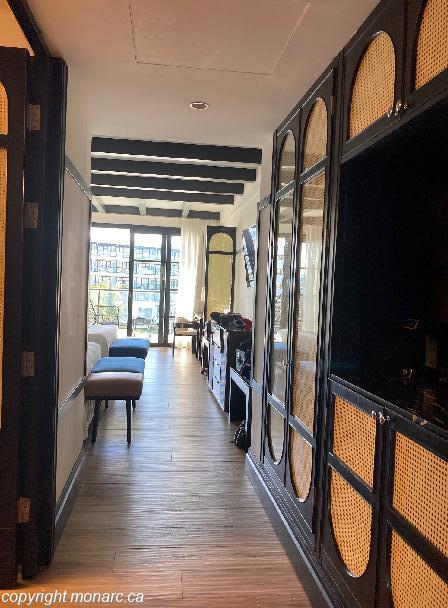 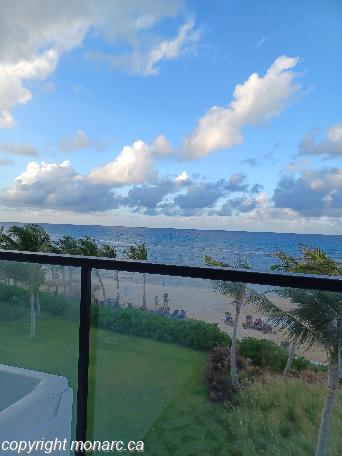 Filter reviews by
Sort by

Elsbeth Peterer, Calgary, AB
2023-01-23
After a 45 minute shuttle ride from the airport we arrived tired and late on Saturday night.

It seemed to take forever for the front desk to assign a room to us. Getting there the door wouldn't open; turndout that unit had already be given to another couple!!
That necessitated to go back to the front desk. We ended up with the room next door (4102), a substandard unit, where the door squeaked and slammed shut when you let go.
There were only 3 hangers, no glasses, Coffee maker or provisions in the fridge. We were promised someone would come stock up the mini fridge within 15 minutes; no one showed up.
The patio was a sham, grassless and so close to a pathway that everyone going by could easily see into the unit.

7.30 a.m. Sunday morning a crew of gardeners started up with an ear shattering rev of leaf blowers. Then the phone rang. We assumed it would be the front desk, apologizing about the early morning racket or asking whether we were comfortable. Not so. It was Valgene inviting us to a meeting to arrange our shuttle for the following Saturday (6 days before our departure!!!)

Disappointed and unhappy I went to the front desk to request a room change. I was told to check back later….

When I got together with Valgene I mentioned our grievances and she didn't waste any time informing her supervisor which netted some positive action. We were promised an upgrade and went back to pack our bags. After 3 p.m. we were finally moved upstairs, closer to the pool to unit 4314. What a difference! After having wasted most of our first day it suddenly felt like we had moved from a 2 star to a 4 star accomodation. Finally the holiday we had envisioned was about to become reality.

We are indebted and thankful to Valgene who by the way also handed us a couple of cards for pool towels which we had never received
Please pass on our gratitude to her, she made sure our week became a wonderful experience.
Even the roaming sales personal left us alone, probably rightfully assuming that aging seniors like us would not be worth pursuing.

Overall our stay at Ocean Eden Bay was positive.

Though there is room for improvement regarding the pool chairs which were hard to secure long before towels were handed out in the morning.
We learned to deal with it but a better solution needs to be found.

We got used to the loud action around the pool between 3 and 4 p.m. It wasn't to our liking but we can appreciate that a lot of people bonded by taking part in the daily trivia and games.
Again, the loud music until 11 p.m. isn't everyone's cup of tea but we understand it can't be contained to the plaza and is probably welcome by the younger generation.
However, we found it unfortunate that local entertainers (who we encountered one afternoon in front of the entrance to the resort) are not integrated into the evening entertainment.

Too bad the beach does not offer a smooth sandy entry into the ocean.
We enjoyed the food places we chose to go to and praise the friendly, cheerful Jamaican locals who served us.

We liked the tour to Dunn's River Falls but can not recommend a taxi drive to Falmouth. Had it not been for a stopover by our driver Dawes at a souvenir place on the way back the time spent would not have been worthwhile. What I learned is that advise is not being given freely unless one asks for it. What Valgene or Marvin should have mentioned is to take that drive on a Wednesday when Falmouth has its outdoor market. [Details]
0   0
Certified

Not exactly as advertised

Robert Morland, Edmonton, AB
2023-01-18
Room was great, beautiful view.
Lots of staff, but poorly organized.
Pool was really noisy all day with music and yelling DJ.
Beach was too small to accommodate the hundreds of people at hotel. Figured out if you don't drop a towel on lounger by 7a.m. you won't get one anywhere.
I really expected better for this money.

. [Details]
The strong points
Privelge restaurant was the best place to eat and find quiet. Oceanfront oom view was amazing. Wifi was really good everywhere even on the beach.
The weak points
Trouble getting proper room supplies, tissue, towels, coffee. Never did get robes or slippers. Butler spends all day chasing down shortcomings from what you expect should be just done. Pool was really noisy all day with music and yelling DJ.
0   0
Certified

Jayson, Valley, NS
2023-01-18
Overall it was a fantastic week for my wife and I. Staff were welcoming, and just happy and easy to chat with. Visitors to the resort were equally happy and chatty as well. Would highly recommend reservations at Sakura (Teppanyaki) , make them when you land lol. Remember everything on the Island is slower, you are on Jamaican time now. Great relaxing time. [Details]
The strong points
All wait staff. Proximity to pool, beach, restaurants, bars Nightly entertainment ( Magician/Dancers/Music) Upgrade to Privilege ( Worth it )
The weak points
Beach is small, rocky, lots of seaweed. Third party vacation club sales people after you day 1 Carrier Rep - In our instance, could of not had one, and done better on our own. Don't expect exactly as advertised for benefits/availability.
Sanitary measures (Covid-19)
Yes
0   0
Certified

Haiger, Maple, ON
2023-01-14
The hotel is beautiful, however the experience was just okay. Lots of miscommunication. For example, we were informed at check in that we didn't need to make reservations for dinners at restaurants, but were turned away on 2 occasions because we didn't have a reservation. Also, simple requests were met with 'absolutely', but were never followed through. It appeared that the hotel was severely under staffed. The host/hostesses took a lot of grief from guests when it wasn't their fault. Dining rooms looked empty but were told a wait of 45 minutes to an hour was needed. It was clear to me that they just didn't have the staff to accommodate all of the tables.
If the hotel could come up with a computerized system to make dinner reservations that the guests could do themselves, I think it would relieve some of the pressure off of the staff. For example, on New Year's Eve day, we were trying to make dinner reservations. The system in place seemed so backwards - A gentleman staff member had to run to another restaurant for a file folder, search through countless papers and then we were given slips of paper and had to sign something. It took a lot of person power and time itself to get things sorted. Perhaps split walk in and computerized reservations at each restaurant could help. Beach beds were a prime commodity. I didn't enjoy the extra time it took to hunt one down. There were 2 days when we ended up standing or sitting on the pool ledge. Many guest put down towels early in the morning but you never saw them actually use them. Housekeeping needs to pay attention to details. Quick clean only - dust and grime in corners. Floor was mopped but always left your bare feet dirty and sticky. Not knocking the staff, I just think they had too many rooms to cover during their shift and couldn't do a thorough job.
Amenities were hit or miss. Asking for a hair dryer, steamer, umbrella or soap was difficult. We spoke to many guest who experienced the same thing as us. If they ran out, too bad for you! If that is the case, I would have brought my own soap and hair dryer for sure. Don't advertise that you have something that you don't. It will disappoint the guest and add unnecessary stress for the staff that have to deal with disgruntled guests. The telephone in the room was useless if you were trying to reach housekeeping, front desk, etc. There was never an answer. The piano bar looked amazing but was always closed. [Details]
The strong points
The crew around the pool were spectacular (esp. Lisette, Dexter), as were the the staff at the Marlin bar. The lazy river was a blast. Good set up and loads of fun. Almost all of the staff we encountered were very friendly and helpful.
The weak points
Communication between departments was lacking. Came home to a flooded room one night, and other than the maintenance coming to look, we were on our own to clean it up. No one ever followed up. Towel guy at adults only pool with blank name tag was terrible
Sanitary measures (Covid-19)
Other than signage, not much else to report.
0   0
Certified

Maxine Morgan, Scarborough, ON
2022-01-07
Loved it. A beautiful hotel, excellent staff, very inviting and pleasant. Everyone is so friendly and willing to help. A great experience. [Details]
The strong points
Everything you need and want is there
The weak points
The lack of small things like no cornmeal porridge, no Red Stripe Sorrel, no flavored Wata drinks...little things returning Jamaicans would enjoy.
0   0
Certified

Duane, Bowmanville, ON
2021-12-19
The hotel and property was beautiful and clean. The staff were welcoming and helpful. Shearon, Alex, Raymond were very attentive and made the experience better. The room was cleaned and restocked early each day which we were grateful for. There was a great selection of food available at multiple locations. The pool area and entertainment was fun. [Details]
The strong points
The people were helpful and friendly. We did not want for anything. the food was delicious. COVID-19 procedures were followed (mask wearing, hand hygiene encouraged and alcohol based hand rub available everywhere etc.)
The weak points
it was windy and the garbage can lids blew off frequently presenting a safety concern. They did not offer decaf coffee which is a small thing, but something I was looking for... the beach had a pretty rocky entry but was clea
Sanitary measures (Covid-19)
excellent procedures and protocols...PCR testing reasonable prices and availability, cleaning and hand hygiene as well as masking was consistent and well done
0   0
Certified 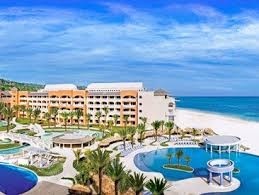 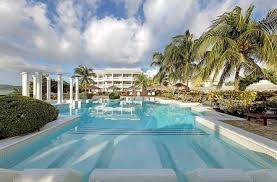 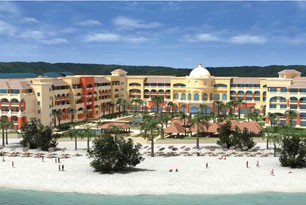 Are you a hotel owner?